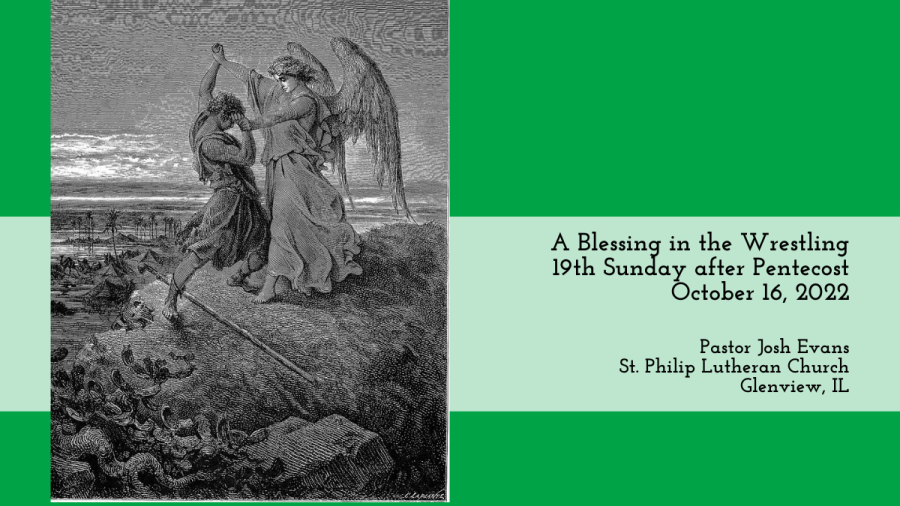 When I sat down at the table in our gathering space on Tuesday morning, just as the two-day retreat was about to begin, I was … something. Exhausted. Wound up. Worn out. It was one of those times when you can physically feel the anxiety weighing down on you.

One of my favorite things in the world is worship with fellow pastors, deacons, and church leaders at conferences like these. But as opening worship began a few minutes later, I could hardly muster the energy to even stand for the call to worship.

Not even 24 hours earlier, I had gotten the news, while not altogether unexpected, that two beloved members of our church family had died. It also happened to be my day off, and I had already committed weeks before to being a designated driver for a friend during a medical appointment that I couldn’t just bail on last-minute. While of course I was able to stay in touch with what was happening by phone, it still pained me to be away and to feel essentially powerless to do much else in the moment.

This, of course, was all on top of the other demands of the week, not least of which has been managing the pest control situation in our sanctuary.

And so, the next morning, as I scrambled to pack and drive up to Lake Geneva, though not before a last-minute pitstop at church to pick up some supplies we needed, it felt like I was already done. On Tuesday morning. Before my week even began.

For many of us, it can feel like such moments – moments of being exhausted and worn out and just done – are inherently un-faithful. A slump to snap out of. A problem to be fixed. A battle to overcome. “Just pray harder” or “have a little faith,” the voices tell us. As if it were really that easy.

We certainly don’t feel like we have permission to doubt and question and wrestle. And yet, today we encounter the story of Jacob, who wrestles.

“I don’t know if I’d still be a Christian if this week’s Old Testament story … wasn’t in the Bible,” writes Debie Thomas. “More than any other story in Scripture, Jacob’s story has helped me to hang on [and] has given me permission to bring my whole turbulent self before God.”

By the end of the story, Jacob, who becomes “Israel,” the patriarch of the twelve tribes of a great nation, hardly seems to be the pinnacle model of faithfulness here by the side of Jabbok River.

Jacob, whose birth name means “heel-grabber,” once schemed with his mother to steal his older brother’s birthright, and then fled out of fear of retribution. And now, after many years of estrangement, Jacob is, understandably, deathly afraid of what Esau – and his army of 400 men – will do to him. He sends gifts and even his own family ahead of him in an attempt to soften and appease Esau – and that’s where we find him at the start of this bizarre story:

Alone, afraid, anxious … when out of nowhere, an unnamed assailant appears who wrestles with him.

The identity of Jacob’s wrestling partner remains a mystery. Is it God, as we often assume (even though the text never actually says that)? Is it one of Esau’s men, spying on enemy camp? Is it Jacob’s conscience, his own inner “demons” catching up with him?

Or maybe, the obscurity is intentional … inviting us to put ourselves in Jacob’s place … we who wrestle with so many things.

With every loss, the grief feels a little heavier, and the wrestling a little harder.

With Israel, we are encouraged to wrestle … with our faith, with our vocations, with what it means to be the Lutheran Church of St. Philip in a post-pandemic world.

I don’t know what this congregation or the wider church of which we are a part will look like 5, 10, 20 years from now. To be perfectly honest, some days I’m not sure I even know what we’ll look like 5 minutes from now.

But what I do know is this: The people of God know what it means to wrestle.

Our very identities and institutions are the product of a history of wrestling … of asking questions, of pushing back against the status quo, of stirring things up in the pursuit of what is just and right, of always being made new. We are, after all, the church of the reformation. We are a wrestling people.

Our wrestling is not over – and neither is the work that God is doing in and through us.

By the time my retreat ended on Wednesday afternoon, my wrestling wasn’t over. (It never really is over though, is it?) But I was a lot less done.

There’s something about being in community like that that is renewing and healing. After just 36 hours of worshiping, learning, and just being together with colleagues and friends, I was reminded, above all, that I wasn’t alone in my wrestling.

On the bank of the Jabbok River, Jacob sat alone, afraid, and anxious. He didn’t have all the answers. He’s certainly not someone who always got it right … after all, that’s how he wound up in this situation.

Jacob was alone … until he wasn’t. Jacob wrestles, and the mysterious stranger with whom he wrestles blesses him because of it.

There is a blessing in the wrestling.

That blessing doesn’t equal perfection, but results in a physical limp – a reminder of Jacob’s imperfection. Both blessed and bruised, very good and imperfect, saint and sinner.

Jacob’s wrestling was surely far from over, but in the blessing, he also, somehow, knew God was not done with him yet.

There is a blessing in our wrestling, reminding us that we are not alone.

God’s blessing in and among this community refuses to let us go. God’s blessing here and now embraces us where we are, as we are, and calls us God’s very own, even and especially in our wrestling.